"There are three reasons for becoming a writer:  first is that you need the money; second that you have something to say that you think the world should know; the third is that you can't think what to do with the long winter evenings."  --Quentin Crisp 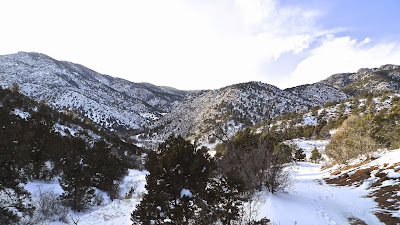 Mid-November snow in the backyard.

It's nearly mid-November.  Dusk came at around 5:00 PM this evening, it's 2 degrees above zero, the windchill is at minus 13, and it's snowing.  It's hard not to think about winter.

Contrary to what Quentin Crisp had to say about winter, I can think of plenty to do with the long winter evenings!

First, my vise has been neglected to the point that I recently found myself scrounging around in the only little fly box I take in my chest pack, searching for the one fly that always produces in my canyons…a Killer Kebari.  So, one thing I can think of doing on long winter evenings is refilling my go-to backcountry fly box.  I started last night, tying up some bodies for future Killer Kebari finished patterns.


Secondly, I think about what Crisp said about having "something to say that you think the world should know".  Winter nights are for writing.  They come early, giving me ample time to pound on the keyboard, think, research, and revise, revise, revise.  As Dave Peterson says about revision…it's "where the real writing begins…and ends".  There's plenty of time to do that when the mercury drops with the sun and hours go long into the night.  Winter is a time to catch up on all the writing that summer guiding didn't allow.


Lastly, winter is a time to recharge my tenkara batteries, doing so through events like the Fly Fishing Show in Denver each early January, and the newly-created Tenkara Winter Series by my friends at Zen Fly Fishing.  Zen co-owners Adam Omernick and Karin Miller were tenkara clients of mine through RIGS Fly Shop this past summer.  I guided them on a backcountry headwater and the downstream wild tailwater on the same small river.  We slammed rainbows all day long with tenkara, and a lasting friendship was formed in the process.  Adam and Karin are good people.


I was honored that Adam and Karin asked me to provide a presentation at the inaugural January installment of the Tenkara Winter Series!  I'm completely humbled to be in the company of well-known journalist, editor, and author, Kirk Deeter, and Tenkara Bum owner and tenkara guru, Chris Stewart, as presenters.  Each of the three months of the Tenkara Winter Series, Zen has paired up a tenkara presentation with the work of an accomplished artist.  I'm looking forward to presenting on the evening of January 24th with my friend and tenkara photographer extraordinaire, Kevin Fricke.  Other artist/photographers in the series are another good friend, and Three Rivers Tenkara owner, Anthony Naples, and widely-renowned fly angler Mark Boname.

I hope winter treats you well.  I also hope that those "long winter evenings" involve a fly vise, some introspection, and your attendance at events like the Tenkara Winter Series.  Stay warm, my friends.

Posted by Paul Vertrees at 7:59 PM