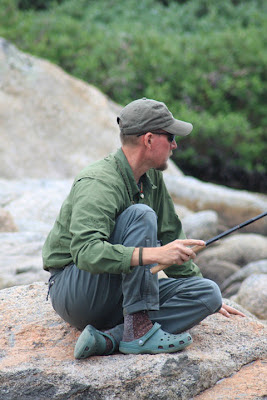 All told, I don’t really know if I discovered tenkara or, in a long and winding way, if tenkara found me.  It fits so well within the muscle-powered, lightweight, low-impact, minimalist ways I was already living in the high country.
Posted by Paul Vertrees at 4:51 PM 2 comments: